America’s health industry has always been a central topic for controversy and debate with changing political scenarios, its expensive costs for common Americans and other scandalous stories that have come forward over the years. Discussed below are some revelations about American healthcare systems that both shocking and surprising.

According to the Obamacare Facts an overnight stay at the hospital can cost you anywhere between $18,000 and more depending on the healthcare facility that you have chosen. Compared to other countries, these costs are quite colossal and not every American is able to afford it. Many people don’t get treated for their health conditions due to the costly healthcare and end up with chronic issues.

11. More Than 50% of Medical Procedures Have No Real Benefit

According to the website of Dr. Mercola that the U.S citizen’s are receiving procedures at hospitals and doctor’s offices which are not beneficial in anyway. On the contrary, these procedures tend to be harmful. Conforming to a number of studies conducted to examine the American healthcare systems, it was revealed that many health facilities were responsible for such behavior. However, many patients and even physicians have their doubts as only 40 percent managed to change their methods. 38 percent of the health providers were defensive and 22 percent remained uncertain.

10. Americans Do Not Get the Value of Their Money in Healthcare

It may seem that expensive is synonymous to the best healthcare but it is not the case in the United States where mortality and overall health is concerned. In fact, it ranks in the 10 countries with the lowest standards of healthcare unlike the top countries like the U.K, Brazil, Italy, Japan, Australia and Spain. Dr. Mercola claims that almost $750 billion invested in the healthcare by Americans are wasted every year. This shocking number is indicates that American healthcare systems are teeming with needless medical procedures and lack preventative care which leads to extravagant healthcare costs.

The numbers may have increased over the years but an article published in Forbes exposed that almost 400,000 people lose their lives due to erroneous medical treatments. As reported by The Journal of Patient Safety almost 210,000 to 400,000 patients endure preventable impairments which prove fatal due to negligent medical systems. Medical negligence is one of the three top reasons for death in America.

8. Medical Personnel Do Not Feel Safe Talking About Healthcare

In keeping with the statement by Forbes 58 percent of medical personnel are afraid to voice out their concerns over a healthcare problem they’ve witnessed. And those who are willing to speak up, their actions are not reciprocated. Another report by VitalSmart and the American Association of Critical-Care Nurses entitled “Silence Kills,” also stated this in 2005. In line with this report more than 80 percent of the medical practitioners proved to be silent bystanders for shortcuts being taken in caring for patients. Almost 90 percent also kept their silence whole working with people with defective judgment. Although, patients’ lives and health and lives were at risk only 10 percent voiced their concerns.

It is appalling to note that admitted patients who are critically ill, experience 2 medical errors daily. As reported by a publication in Journal of Critical Care Medicine stated that ICU patience endured 1.7 errors every day at the hospitals. One of the main reasons for these errors was the lack of communication between the medical staff responsible for the patients.

6. American Cancer Survival Rates Are Greater Than Rates for Europeans

Although there are many appalling things about the American healthcare system, yet there are some good things as well. One such thing is the sound cancer survival rate of Americans in comparison with Europeans as stated by the National Center for Policy Analysis.

5. Americans Have Better Access to Treatment for Chronic Conditions

In comparison to other developed nations around the world, United States has better medical facilities and treatments for chronic conditions. Thanks to the statin drugs more than 50 percent of the Americans have seen their health improve as these drugs lower the risk of heart disease and high cholesterol. The U.S citizens have also been provided with enough information on the side effects of these drugs along with various studies and prevention lists.

Another good thing about the American healthcare systems is that the residents do not have to wait too long to get treated, more so with an advance appointment. In comparison to the UK and Canada, the waiting time is almost half even if the patients need to save up indispensable finances. Especially in requirement of critical procedures like radiation cancer treatment or hip replacement, the Candians and the British have to wait twice as long as Americans.

3. Americans Are More Satisfied With Their Healthcare than Other Countries

Despite the erroneous medical instances that millions of Americans have to face, leaving them unsatisfied about the healthcare costs, the complaints are much ;less compared to other countries. People in countries with the government-controlled healthcare are more dissatisfied than the U.S citizens. Patients in countries such as Australia, the UK, Germany, Canada and New Zealand feel that their health care systems need to reform completely although their healthcare systems are more affordable than the U.S.

2. Low-Income Americans Are In Better Health Than Canadians

When compared to low-income Canadians, the Americans are healthier than their neighbors. More than 11 percent elderly Americans with below-average incomes state that they are in excellent health whereas only 5 percent of senior Canadians can say the same. However, this number could be subjected to the healthcare systems and the expectations of the citizens according to their respective countries.

Top 5 U.S hospitals conduct various clinical trials on daily basis which is quite a high number in comparison to other developed countries. It is the American doctors who have been the recipients of the highest numbers of The Nobel Prize in physiology or medicine since the 1970s compared to other countries. This signifies that the greater part of vital medical innovations have been developed by American doctors.

American healthcare system has its own pros and cons but there is still a room for lot of improvement as the scandalous side of the system is more detrimental than the benefits of the good side. 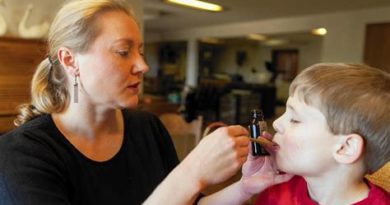 Is Medical Cannabis Safe for Children? 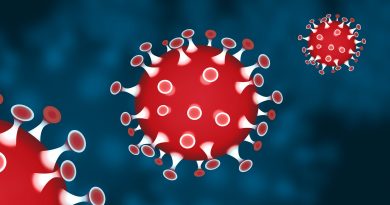 Coronavirus: The pandemic that shook the world